We have just launched an update to this analysis!

If you need to run the previous analysis job on any of your new samples, or if you would like to run the new job on your old samples, reach out to us at support@onecodex.com, and we will be more than happy to help.

Every dataset is aligned against the set of organisms in the input mixtures, as well as the complete set of references in the One Codex Database (for WGS samples) or Targeted Loci Database (for 16S samples). The abundance of each detected organism is used to calculate the scores (ranging from 0-100%) for True Positives, Relative Abundance, and False Positives. 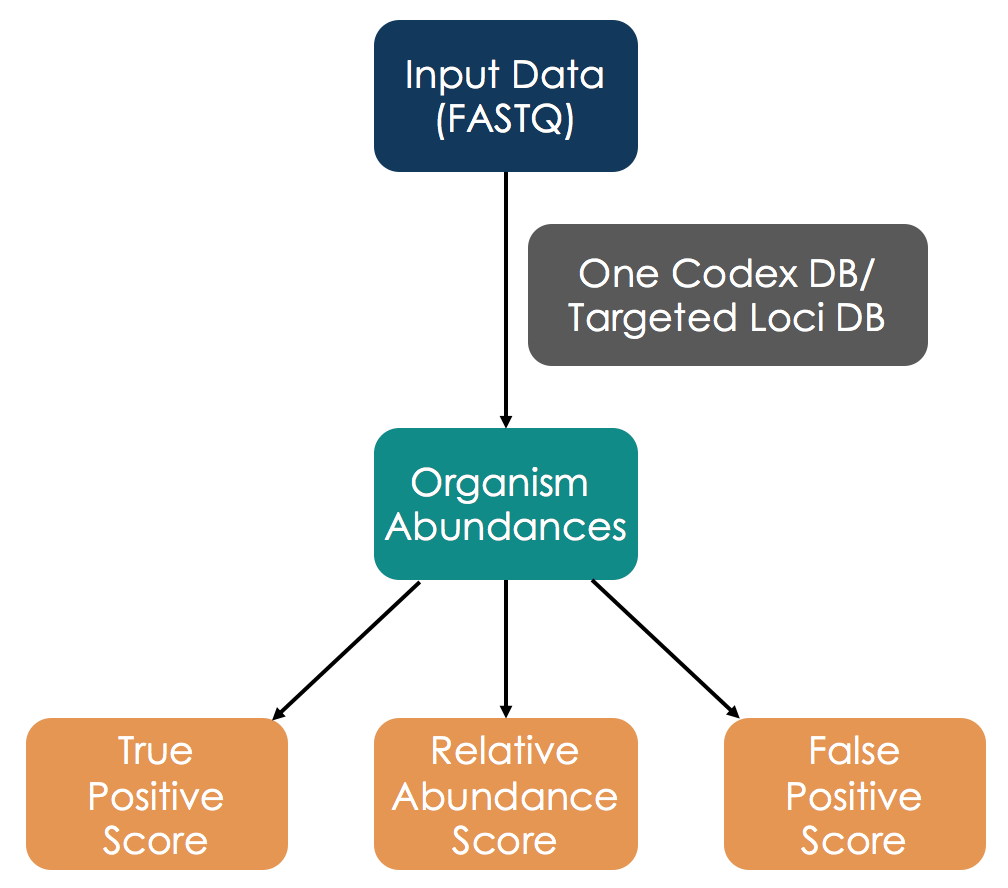 Read Alignment: Alignment of reads against the set of organisms in the input mixtures is executed using BWA (v0.7.15). Paired-end reads are analyzed with the -p flag, and Samtools (v1.4) is used to process the resulting SAM file (samtools fixmate). 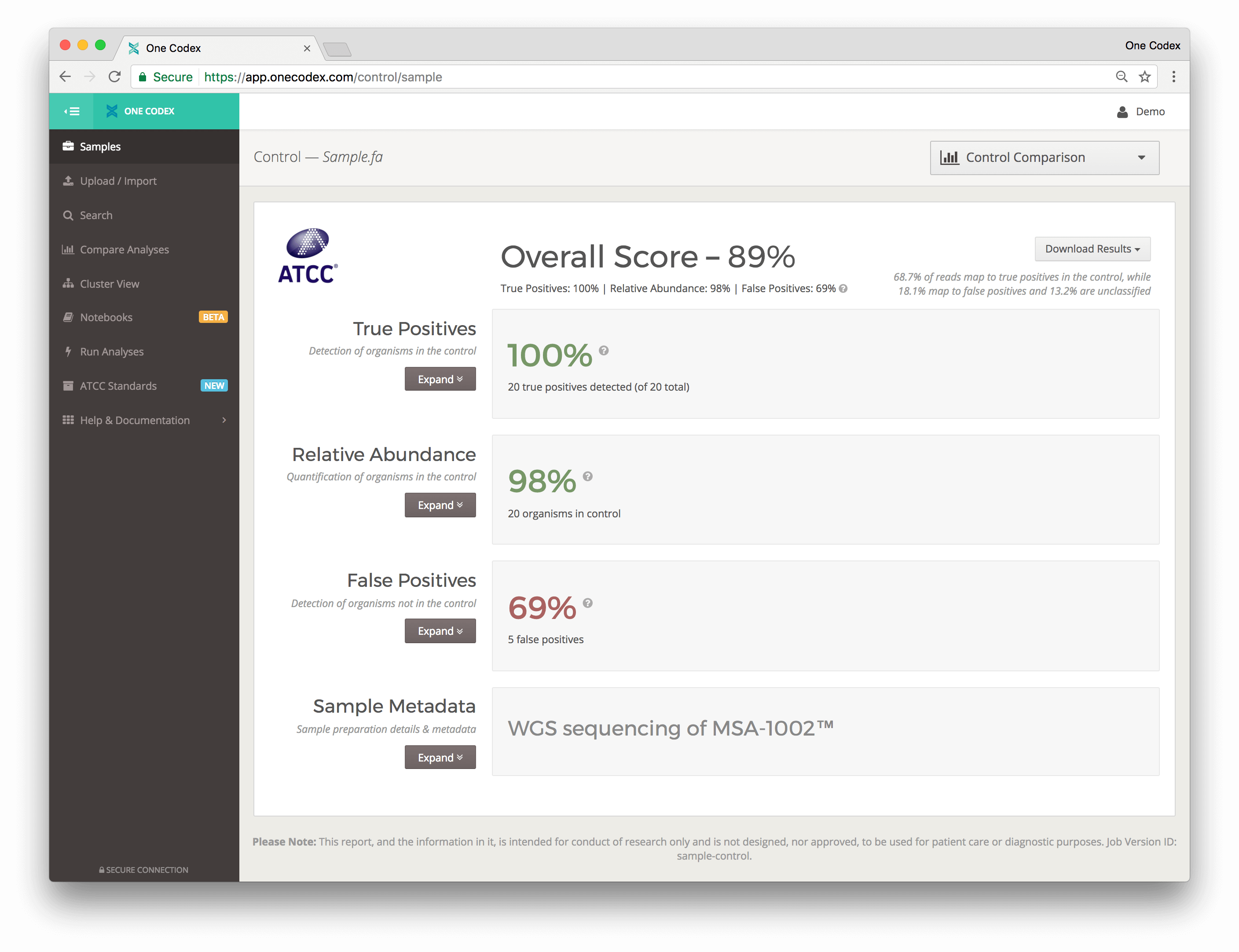